To celebrate the 15th (and final) day of the Chinese New Year, we had some fun with origami! Did you know that although origami is associated with Japan it actually originated in China in the 1st or 2nd century? True story. (I like to insert random nerd factoids into conversation whenever possible. It's a habit that can't be helped.) Who knew that paper folding could be so fun?! (Ok, so actually I knew because I happen to *heart* paper crafts, but just sayin'.) Anyway, onto the origami fun: We started with a variety of papers and designs to choose from (Thank you God for duplicate sheets because Luke and Adam both fell in love with the yellow starburst paper! Crisis averted! Phew.) Luke chose a boat --bright and cheery just like he is-- while Adam chose a crow--dark and melancholic just like him. :) 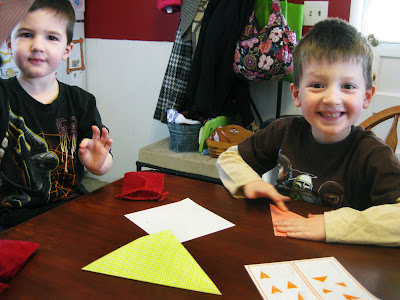 a fold here and a fold there... 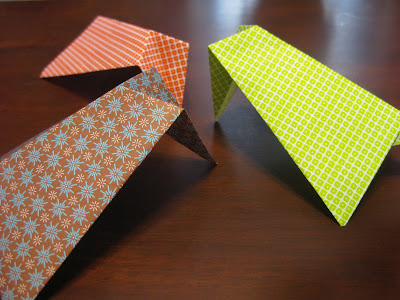 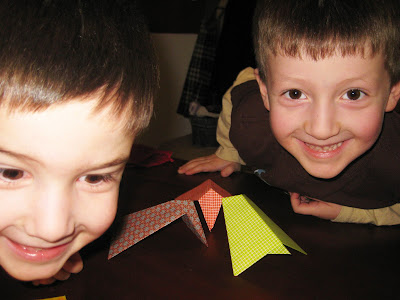 My goofballs stuck their heads in this shot! :) 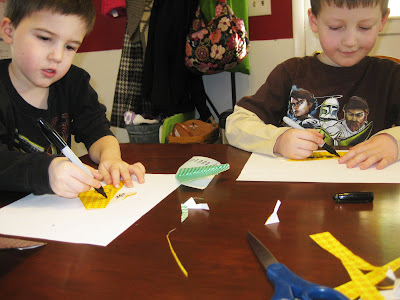 Time to decorate! Adam was digging the fact that he was allowed to use (cue horror music) permanent marker!!!!! 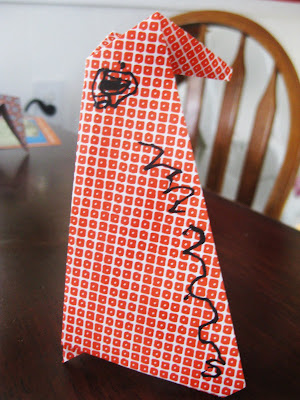 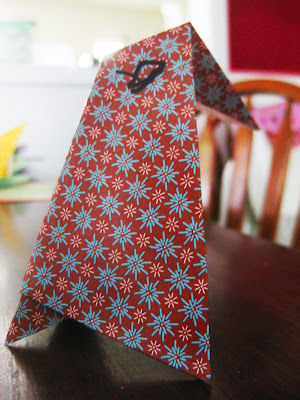 Adam's bird (he probably would've chosen black if it had been an option.) 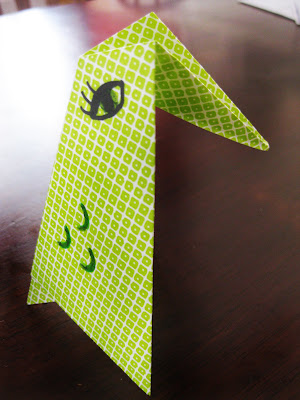 My bird. She's looking rather sultry, isn't she? I was really just going for cute & girly, but instead I got "come hither." Go figure. 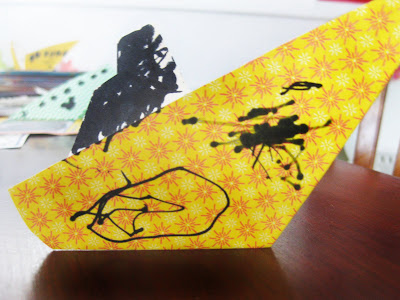 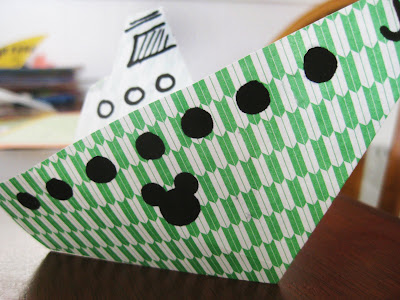 My boat. Yes, that's Mickey on my boat. It's supposed to be a Disney cruise Liner. Hahahahahaha, I'd better enjoy it because it's the closest I'm getting to going on a cruise any time soon! :p 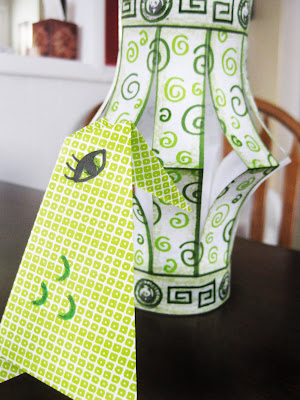 So that was our origami fun! Tonight will be our lantern-lit Chinese food feast! 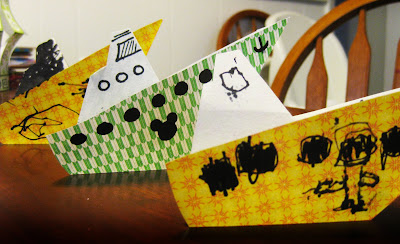 (See, that nerd thing happened again. But at least I warned you!)